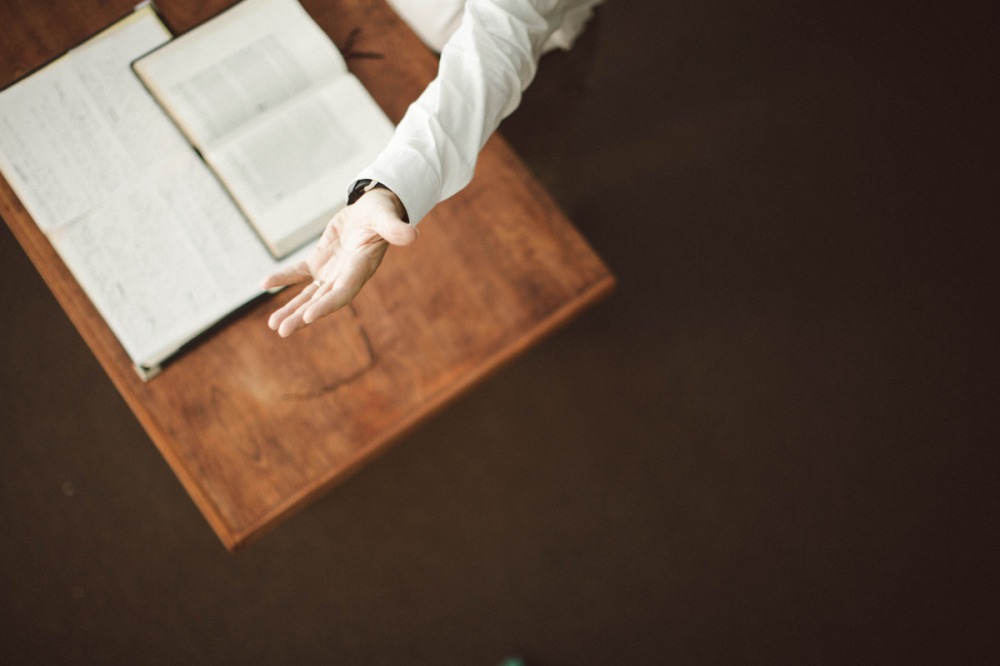 Among conservative evangelicals, there’s a longstanding, friendly debate over whether or not every sermon should include a concise summary of the gospel message. By this I’m not talking about the use of a gospel-centered hermeneutic which connects every passage of Scripture to the person and work of Jesus, say, the approach to Bible interpretation taught by Graeme Goldsworthy or Edmund Clowney.

Instead, I’m talking about inserting, somewhere in your sermon, hopefully in a natural way that connects to the rest of the message, a short explanation of the main truths about who Jesus is and what he has done (in perhaps 2-6 minutes), along with an exhortation to repent and believe. While this approach is admittedly not followed by every conservative, evangelical preacher, perhaps the best-known proponent and model of including a gospel summary in (nearly) every sermon is Mark Dever, pastor of Capitol Hill Baptist Church in Washington, DC. For a wonderful example of what I’m talking about, consider this sermon delivered by Pastor Dever in a Southern Seminary chapel (the gospel summary begins at 14:04).

I was persuaded of the wisdom of this approach about fifteen years ago. Having now followed it faithfully for over a decade, I can see many benefits of including a concise gospel summary in nearly every sermon. Here are three reasons why you should adopt this approach as well:

1. By regularly including a gospel summary, you’ll evangelize non-Christians in your congregation.

One of the most surprising things I discovered early on as a pastor is how many non-Christians faithfully attend evangelical churches. I’m not talking primarily about “gospel hypocrites,” those who claim to be Christians but give no real evidence of being born again, though there are certainly many of those in our churches. I’m talking about people who make no pretensions about being Christians but come to church because, say, their spouse drags them along or because their parents require them to attend or simply because they have nothing better to do on Sunday mornings.

Most churches, especially in America, have a surprisingly high percentage of such folks. What do these people most desperately need but to be confronted with the claims of Jesus and called upon to repent and believe? Recently, I baptized a young man who began attending our church purely because he was fond of a young woman in our congregation. But every week he heard a concise summary of the good news. After about six months of this, the gospel cracked open his heart and he was sincerely born again. Such is the potential benefit of regularly including a gospel summary in your sermons.

2. By regularly including a gospel summary, you’re training Christians how to explain the gospel to their non-Christian friends.

I accidentally discovered this benefit after having followed this approach for a few years. In informal conversations I’d hear others in my congregation begin to explain the gospel and discovered them using nearly identical terminology, phraseology, and logic as I used in my weekly sermons. Eventually it dawned on me that they weren’t trying to impress or impersonate me; they were simply explaining the gospel as I had trained them to do so.

I’d be willing to bet that if you grabbed one of my faithful church members at random and then asked him or her to summarize the gospel, they’d say something quite similar to the summary I’ve proclaimed for years. While conceivably this could lead to mindless, heartless repetition, in my experience it has far more commonly led to clarity and accuracy in sharing the gospel, traits many Christians lack. Since I’ve included a summary of the gospel in nearly every sermon I’ve preached, my people are equipped to communicate it with their children, friends, and coworkers.

3. By regularly including a gospel summary, you communicate, by way of emphasis, what’s of ultimate importance.

If, for example, I either intentionally or unintentionally emphasize secular politics, my church will have a politics-centered vision of the Christian life. The same will happen if I emphasize ecumenicalism or environmentalism or mysticism or separatism. My church won’t remember everything I say, but they will remember what I repeatedly talk about.

Therefore, as Christian preachers, let us be careful and intentional to emphasize that which is “of first importance . . . that Christ died for our sins” (1 Cor. 15:3). Let us commit to knowing “nothing among you except Jesus Christ and him crucified” (1 Cor. 2:2). And in our preaching, may we never boast in anything except the cross of our Lord Jesus Christ (Gal. 6:14).

In my city, many different churches are known for many different things. There’s the separatist church, the political church, the entertainment church, the “cool” church. By God’s grace, we’re known as the church that proclaims the gospel. And that’s due in no small part to my commitment to include a summary of the gospel in nearly every sermon I preach.

Now don’t get me wrong. I’m not saying there’s some unwritten divine law requiring Christian preachers to always do this. Most of the sermons that have had the greatest impact on my life did not include such a summary. At the same time, the temptation to rote ritualism, both for the preacher and the hearer, does exist and it can be strong. However, I’d still argue for the wisdom, power, beauty, and efficacy of this approach.