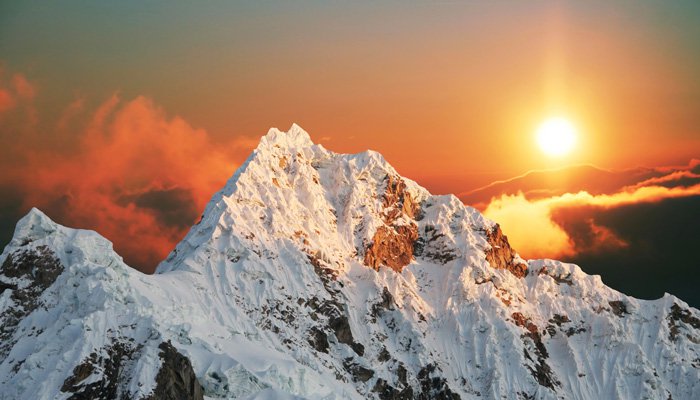 In the opening words of his prayer to the Father in John 17, Jesus defines for us the essence of eternal life. “And this is eternal life, that they know you the only true God, and Jesus Christ whom you have sent” (John 17:3).

Sometimes I get the feeling that such texts as this were written distinctively and intentionally for our day and time. Of course, they are written for all God’s people in every age, but it is hard to think of a more immediately relevant statement to what we are facing today than what we find in v. 3. In a day when many are insisting that Allah, the alleged ‘god’ of Islam, is one and the same with the God and Father of Jesus Christ, this text is a ringing denunciation of that claim.

Notice first that Jesus says the Father is “the only true God.” And this “Father” is explicitly said on countless occasions to be the Father of God the Son, Jesus Christ, something that Islam categorically denies and denounces as heresy. Furthermore, Jesus says that eternal life consists not only in the knowledge of God the Father but also in the knowledge of God the Son, Jesus Christ, whom the Father has sent, something else that Islam categorically denies. In this paragraph Jesus has claimed eternal pre-existence with the Father. Throughout John’s gospel he has claimed to be the only-begotten Son of God, something that Islam declares to be false and heretical.

But enough of that. Of far greater importance is our Lord’s explicit definition of that “eternal life” which we have received from him through faith. To have and experience “eternal life” is to “know” God and Jesus Christ. So what does this mean?

First, it involves far more than simply an acknowledgement of the existence of a Supreme Being. There is an eternity of difference between believing God exists and “knowing” the God whom you believe exists. In fact, all mankind knows that God exists. Romans 1:18-23 makes that crystal clear:

“For the wrath of God is revealed from heaven against all ungodliness and unrighteousness of men, who by their unrighteousness suppress truth. For what can be known about God is plain to them, because God has shown it to them. For his invisible attributes, namely, his eternal power and divine nature, have been clearly perceived, ever since the creation of the world, in the things that have been made. So they are without excuse. For although they knew God, they did not honor him as God or give thanks to him, but they became futile in their thinking, and their foolish hearts were darkened. Claiming to be wise, they became fools, and exchanged the glory of the immortal God for images resembling mortal man and birds and animals and creeping things. (Romans 1:18-23).

But we clearly see from this text that “although they knew God” in the sense that they are unavoidably aware of his existence and the truth about certain of his attributes, they are not saved. They know that God is but they don’t “know” the God who is.

Second, the knowledge of God that is eternal life is not solely the gathering or memorization of information about God. There are a lot of people about whom I know a lot of things. But that doesn’t mean I “know” them as individuals or have anything resembling a relationship of intimacy. That doesn’t mean we can truly “know” God in the way Jesus describes without a basic understanding of his character and attributes and personality. Ignorance of God’s nature is no virtue. Thus there is the important element of exploring who God is and why he does what he does.

Fourth, to know God is to trust him, to believe him, to bank everything on who he is and the promises he has made to us in Christ.

Fifth, to know God is to prize and prioritize his glory and praise above everything else in life.

Sixth, to know God is to rejoice in who he is and what he does. The true, saving knowledge of God that Jesus speaks of here is to enjoy him, to find a deep durable delight in him above and beyond all earthly treasures. To know him is to be satisfied with all that he is for you in Jesus.

Finally, I find it more than a little interesting and instructive that when Jesus finally gets around to defining what “eternal life” really is, he doesn’t describe it in terms of those experiences that we typically associate with being “saved”. That is to say, he doesn’t say that this is eternal life, that you are . . .

redeemed from slavery to sin and corruption . . .

reconciled to God, from whom you were previously alienated . . .

adopted into God’s family and are now a child of the Most High . . .

forgiven of all your sins and have the guilt of your transgressions wiped clean . . .

regenerated by the Holy Spirit and thus born again to a living hope . . .

being sanctified by the Spirit as he gradually and incrementally transforms you more and more into the image of Jesus himself . . .

assured that one day you will be glorified and receive a new, resurrected body . . .

assured that when the kingdom of God is consummated you will walk on the streets of gold . .

promised that you will eventually be reunited with friends and family who also know God . . .

Make no mistake. Each of these is true for those who trust and treasure Jesus Christ as Lord and Savior. Each of these is a glorious reality, a wonderful promise, an experience that ought to awaken in us adoration and praise of the Lord for his saving grace.

But what makes each of these experiences wonderful and heart-warming is that they make it possible for us to know God! Knowing God is the consummation of our salvation. Seeing God in his glory, beholding his beauty, understanding his infinite and incomparable power, tasting the sweetness of his person, his kindness, his love, his mercy, this is what it means to know God. This is eternal life.

This is precisely what Jesus prays for in John 17:24,

“Father, I desire that they also, whom you have given me, may be with me where I am, to see my glory that you have given me because you loved me before the foundation of the world” (John 17:24).

There it is: to be “with” Jesus and to “see” Jesus in all his glory. If that is not the foundational core of what you desire and the all-consuming hope of your heart, then you need to repent and run to Christ Jesus and cry out to him that he might open the eyes of your heart to see and to know him whom to know is life eternal. Indeed, I can do no better than to close with the words of the prophet Jeremiah: