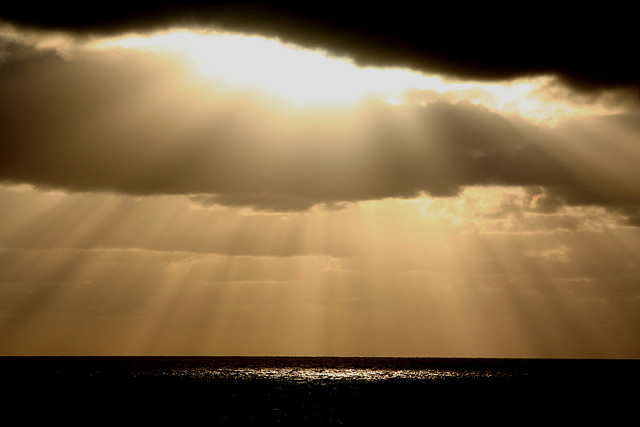 Although the Book of Acts may now have ended; the kingdom of God has not! How fitting that Paul’s final days of ministry would be filled with proclamations of the “kingdom of God” and “the Lord Jesus Christ” (see Acts 28:17-30). But what did he mean by this?

Jesus claimed that the fulfillment of the Old Testament hope with its attendant blessings was present in his person and ministry. The unexpected element was that fulfillment was taking place without the final consummation. The prophetic hope of the coming Messianic kingdom of God as promised to Israel is being fulfilled in the person and ministry of Jesus, but not consummated. Our Lord came with the message that before the kingdom would come in its eschatological consummation it has come in his own person and work in spirit and power. The kingdom, therefore, is both the present spiritual reign of God and the future realm over which he will rule in power and glory.

Paul would also have been careful to explain what the kingdom of God is not.

It is not a geographical realm with clearly defined boundaries, such as those that separate the U.S.A. from Canada and Mexico. The kingdom, therefore, is not to be identified with any one nation or political body.

The kingdom of God is not that place we call heaven, at least not yet!

The kingdom is not the Church. The Church is the people through which the dynamic reign of God’s presence and power is manifest.

The kingdom is not a place, but a power. It is not a static thing, but a dynamic and living reign. It is not an issue of land, but of Lordship!

The kingdom is not yet deliverance from political oppression (but it will be).

The kingdom is not yet renewal of the creation (but it will be).

The kingdom is not yet material prosperity (but it will be).

So what is the kingdom that Paul proclaimed and that we too must make known?

The kingdom of God is the presence and powerful Lordship of the person of the King himself: Jesus!

The Kingdom is known and seen wherever Christ is acknowledged, where his subjects are saved, where his enemies are vanquished, and where his ways are obeyed.

The kingdom of God, then, is anywhere or anytime or anyone over whom Jesus Christ exercises Lordship. The kingdom is the King reigning in hearts and minds.

God’s dynamic and sovereign presence is now among us in Jesus. God is exerting royal force. The kingdom is God in strength, God in saving action. And the one in and through him this kingdom reign is manifest is Jesus Christ, his Son!