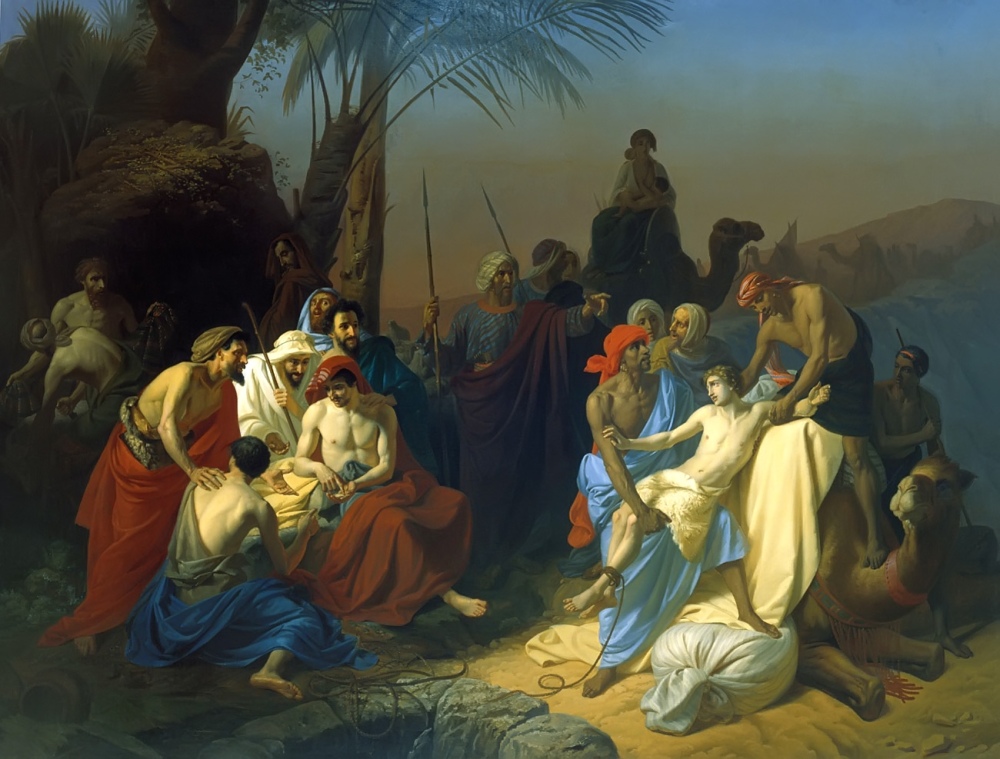 Consider Joseph, for example. His life, like all of ours, is a mixed bag: some bad, some good. There’s no question that we can learn a lot of good from reading about Joseph’s life. His refusal to sleep with Potiphar’s wife stands out. The Bible never tells us that, after all Joseph had been through, his faith in God wavered. In fact, it tells us just the opposite. When he finally encounters his brothers years after they sold him into slavery and lied to their father about him dying—and he now has the power and the authority to enact some serious vengeance—he extends tremendous grace saying, “What you intended for evil, God intended for good.” Amazing.

But Joseph wasn’t always gracious and humble. In fact, when we first meet Joseph, he’s a spoiled brat. He was his father’s favorite son, and he knew it. While his older brothers had to break their backs toiling in the fields, Joseph got to stay at home. When Joseph has two separate dreams which imply that his brothers (and even his mother and father!) will eventually bow down to him, he doesn’t hesitate to go out into the fields to share the dreams with his family. It’s no wonder that the Bible says his brothers “hated him, and could not speak peaceably to him” (Genesis 37:4). I certainly know what I would have done if my youngest brother had been so impertinent.

What Joseph’s brothers do is well-known: they drag him away, strip him of his clothes (a many-colored robe that his father had given him), and sell him into slavery. They dip the robe in animal blood and tell their father that they’ve found it, and fear that Joseph is dead.

Joseph’s brashness testifies to the fact he had built his identity on being his father’s favored son. To be the Patriarch’s favorite son was a big deal and Joseph derived his worth from it. It led him to believe he was better than his brothers and that gave him a sense of significance and pride. As long as he was the favorite, he was somebody: he mattered.

What are you building your identity on? Think of it this way: what do you wake up in the middle of the night worrying about? For many people, it’s their careers. If they’re not an adequate provider for their family, or a pillar of their community, they feel that they have no identity at all. For some, it’s their children. How well their children “turn out” (the grades they get, the college they get into, the career they choose) defines them as a person. Maybe it’s the way you look, or your reputation. Maybe it’s your marriage or the dream of one day getting married. Maybe it’s your health. We long to have meaning and purpose and lasting stability but so often we try standing on an endless catalog of God-replacements that end up sinking us into slavery like it did for Joseph. For example, I never realized how much I was depending on my kids for happiness until we had a difficult year with one of our sons last year. What’s that thing or who’s that person in your life that if taken from you would make you feel like life’s not worth living?

I’ve told the people at Coral Ridge this before (and it’s embarrassing to admit) but one of the reasons I work so hard in preparing sermons is because at some level I need them to think I’m a good preacher to feel like I matter. When I feel like I haven’t preached a good sermon it cuts me to the heart—because who am I if I’m not good at what I do? You ever feel like this? About anything? Anyone?

But the story of Joseph doesn’t end there. While the bad stuff in his life points out our sin, the good stuff points out our Savior—and how he works to rescue sinners out of slavery and death. Within the story of Joseph, we hear whispers and see snippets of a new and better Joseph. Over and over again Joseph’s story illustrates that life comes out of death. He gets thrown in a pit to die but comes out and is spared, rising through the ranks of Potiphar’s household. He gets thrown into prison—is forgotten and forsaken—but is eventually rescued by the King and put in a place of power and honor. He relives the pain of his brothers’ betrayal when they come to him for food years later, but uses his new power to save them rather than kill them—assuring them that what they meant for evil God meant for good. And as a result of his mediation, a world on the brink of death is saved. All of this points us to Jesus.

Years later, another favored son would be betrayed, sold, and mistreated by his brothers. He too would be falsely accused, thrown into captivity—the captivity of the cross—paying the price for sins he did not commit. And in the prison of that cross, he too was forsaken (“My God, my God, why hast Thou forsaken me”)—but like Joseph, he didn’t stay imprisoned. Jesus did not get out of prison by interpreting the dream of God; his death and resurrection was the interpretation of God’s dream—a dream dreamt before the foundation of the world to do and be for us what we could never do and be for ourselves.

Like Joseph, Jesus was brought to life out of death and now sits at the right hand of King, forgiving those who betrayed him (all of us), and using his power to save rather than kill. By the time his brothers come to see Joseph, he is so powerful that there is nothing at all his family can do for him: his love is completely one-way. Rather than punishment, they get nourishment. Our new and better—and final—Joseph does the same. Jesus sits at the right hand of God, and when we come before the judgment seat, faces to the floor, expecting our richly deserved death sentence, he steps in. He was punished, not just for crimes he didn’t commit, but for our crimes. Our sins were placed on his shoulders and his righteousness was given to us. We, his hateful brothers and sisters, are welcomed home for safe-keeping. Just as in Joseph’s story, through one man’s mediation many are saved from starvation, so through the mediation of Jesus many are forever saved from a hunger we could never satisfy ourselves.