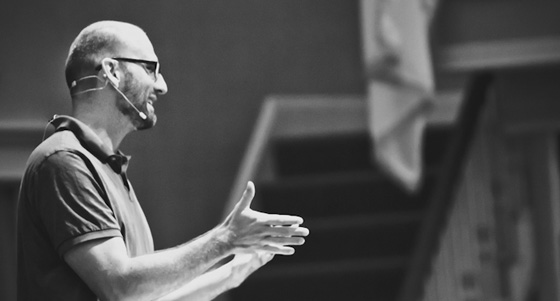 The “penal” in the doctrine of penal substitution, being tied to God’s wrath, has long been a source of controversy inside the church and out. It’s criticized as overly “legal” or “forensic.” People want to look to the cross and talk about Christ’s love, not his enduring the divine penalty.

But it’s worth stopping for a moment and meditating on what is behind a penalty. What is behind wrath? The answer is God’s worthiness or God’s worth. God’s wrath is equal to God’s worth, and that the “penal” in penal substitution therefore reveals this very worth.

Wrath and worth are perfectly matched together. The former takes the measure of the latter and expresses itself accordingly. One is as precious as the other.

So drop the “penal” from penal substitution and you diminish God dramatically. Despise his wrath and you despise his worth.

To see this, it’s worth meditating for a moment on what the purpose of law is. The Reformers talked about the law as restraining sin, condemning sin, and revealing God’s character. Political and legal philosophers will point to the law’s role in maintaining order, protecting the defenseless, or guaranteeing freedom. Each of these is helpful for its part.

But a theme that runs through all of these explanations is the idea of protecting something precious or worthy.

Penalties teach. They declare the worth of something.

My siblings and I discovered at a young age that lying to our parents yielded a stronger penalty than squabbling over a toy. The lesson we learned from the difference? The truth is more precious than toys.

No one likes the idea of penalties, of course, but a penalty is the very thing that makes a law meaningful as a guardian of worth. If the law is the sentry guarding that which is precious, the penalty is the sentry’s pointy bayonet. It gives the law its prick, substance, meaning.

Looking at God’s law from this angle, we see that God’s law is the infinitely high wall that protects his infinite worthiness and glory. It’s the guardian and revealer of his glory. To contravene his law is to disregard his infinite worthiness. When you say “no” to God, you effetively say, “God, what you think doesn’t mean much to me, because you don’t mean much to me.”

Though Anselm’s satisfaction theory of the atonement didn’t say everything that should be said about what happened at the cross, what he said, I think, captures an element of Christ’s work that formulations of penal substitution sometimes forget to mention: God’s honor is impugned by sin. And that honor must be vindicated, or satisfied. And that satisfaction must be infinite. The doctrine of penal substitution fills out the details of Anselm’s theory by observing that the offense against his honor is made manifest, as it were, through the transgression of God’s law. The law requires a penalty. The penalty is God’s wrath. God’s wrath, after all, is the jealous guardian of God’s glory. God’s glory was then demonstrated at the cross—among other ways—by showing that God’s law really did require a penalty for transgressions against it (Rom. 3:25-26).

Why do we want to preserve a “legal” or “forensic” understanding of the atonement and a strong concept of wrath? Because, unless we want to be idolaters, we must concede that the most precious thing in the universe is God and his glory.  God’s infinite worthiness and preciousness will, intrinsically to itself, yield a counterpart—God’s law. God’s law is the fitting and perfectly matched protector of God’s infinite worthiness. To depreciate God’s law is to depreciate God’s worthiness, plain and simple.

The penal in penal substitution, likewise, is matched to the infinite preciousness and worthiness of God. His wrath is an indication of how infinitely glorious and precious he is.

To say that Adam’s sin should not have resulted in death; to say that our sins do not result in God’s wrath; to shy away from mentioning God’s wrath in private or public; to say that penal substitution is overly obsessed with legal categories or overemphasizes the role of God’s law; to say that the significance of Christ’s death is diminished by bringing it into the realm of the law court; to say that the demands of God’s law do not have to be satisfied; to declare a forensic declaration of “righteous” merely a “legal fiction”; to caricature the Son’s propitiation of the Father’s wrath as “divine child abuse”—all this is to miss the role of God’s law in protecting and declaring the worthiness of God; and therefore it is to belittle his ineffable worthiness and glory, like trampling on a precious flower times infinity.

Let me ratchet it up one more notch: if the world, the flesh, and the devil desire, above all else, to diminish the godness of God, and to deceive us into thinking we can be “like God,” there can be no more dangerous lie in the universe than to deny God’s wrath and to redefine the gospel in a way that subtly massages the penal out of penal substitution—kind of like when someone said to Eve, “You will not surely die.”

But in a world of self-justifiers and wannabe gods, the idea of God’s wrath will always be the first domino the devil tries to topple. “You surely won’t die. Nah, you are worth far too much!”

Jonathan Leeman (@JonathanDLeeman) is the editoral director at 9Marks, an elder at the Capitol Hill Baptist Church, and the author of several books on the church.