This is not for the theologically faint-of-heart! Essentially, we are to see Jesus, in his eternal sonship, as the ultimate expression of relating to God, both as its perfect template (for creation) and practical example (in incarnation). Through union with him we share in that ideal filial relationship. Wonderful! 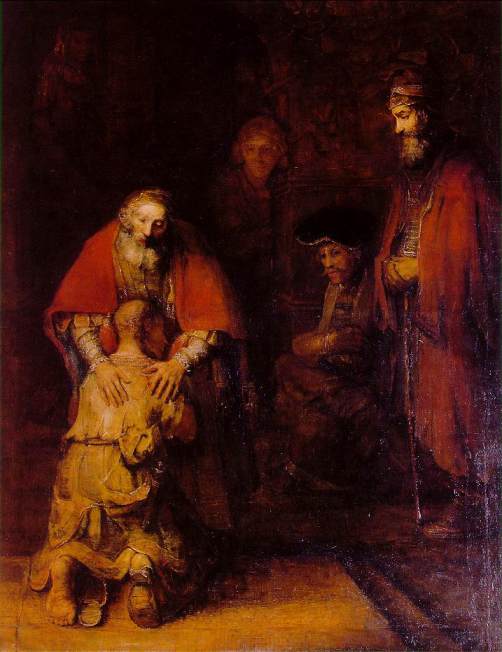 J. I. Packer rather famously wrote, “were I asked to focus the New Testament message in three words, my proposal would be adoption through propitiation, and I do not expect ever to meet a richer or more pregnant summary of the gospel than that” (Knowing God, 214). Adoption is precious, and that line from Packer is worth memorizing.

But there’s a much broader historical-redemptive context for understanding our adoption as David B. Garner explains in his excellent chapter, “The First and Last Son: Christology and Sonship in Pauline Soteriology,” published in Resurrection and Eschatology (P&R, 2008).

Behind the creation of the cosmos—and most relevantly here, behind the creation of man—exists the archetypal, eternal sonship of Christ. Man, made in the image of God, a finite replica (ectype) of the eternal, ontologial Son (archetype), is, at creation, necessarily a son of God.

While the fall skewed sonship and alienated the relationship of the created son with the Father, just as man did not completely lose the divine image, he likewise did not lose the broad sense of his sonship. Still sons, but alienated and depraved, the first man and his progeny stood under the curse of their Creator/Father, and were in need of the judicial declaration of God to rectify their sonship status, and the redemptive power of God to restore their sonship constitution, indeed to vouchsafe their eschatological familial telos.

In view of the failure of the first son of God, the realization of this declaration and redeeming power by God’s grace came through the Last Adam, the Son of God par excellence, whose redemptive work provided the reversal of the curse on man and the attainment of adoption for the fallen sons of Adam. In Christ, created sons of Adam become the adopted sons of God.

While the entire redemptive-historical development and realization of redemptive sonship organically derive from his messianic sonship, Christ’s pre-temporal constitution plays the prior, ultimate role. In fact, all biblical sonship flows from an anterior, ontological principium—the eternal Son of God, in whom the ectypal, typological, and antitypical sonships find their raison d’être.

This principium of christological sonship unites the sonships of Adam, of Israel, of the incarnate Christ, and of the eschatologically adopted believer in covenantal, redemptive-historical continuity. The first Adam finitely replicates the First Son; the Last Adam fulfills the telos of the first created son. In this way, Christ is not only the eternal Son, he is also the archetypal Adam. Further, by his covenantal obedience as the Last Adam, he became the glorious, exalted, eschatological Son of God in power (Rom. 1:4).

We see therefore in Pauline soteriology an exhaustively christological cast, wherein the filial, ontological, and redemptive-historical are securely tethered in Christ the Son of God, the Source, Epicenter, and Consummator of all reality. He is the Alpha and the Omega, the Beginning and the End, the First Son and the Last. (279)