Have this mind among yourselves, which is yours in Christ Jesus, who, though he was in the form of God, did not count equality with God a thing to be grasped, but emptied himself, by taking the form of a servant, being born in the likeness of men. (Philippians 2:5-7 ESV) 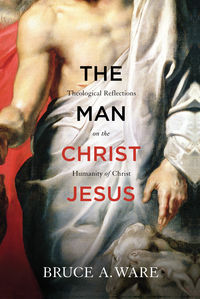 …he cannot mean that Christ gave up equality with God or that he ceased being fully God. Since he is fully God he cannot cease to be fully God. God is eternal, self-existent, immortal, and immutable, and thus he cannot cease to exist as God, nor can he fail to be fully God. Surely what Paul means is this: Christ being fully God, possessing the very nature of God and being fully equal to God in every respect, did not thereby insist on holding onto all the privileges and benefits of his position of equality with God (the Father) and thereby refuse to accept coming as a man. He did not clutch or grasp his place of equality with the Father and all that this brought to him in such a way that he would refuse the condescension and humiliation of the servant role he was being called to accept … it is crucial to see that Christ’s “not grasping” equality with God cannot rightly be taken to mean that Christ gave up being God or became in any way less than fully God when he took on also a fully human nature.