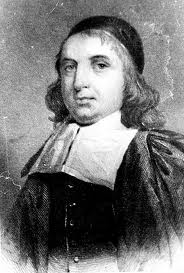 The heart, after all, is the “noble faculty of the soul,” as John Flavel explains in his 1668 publication now titled, Keeping the Heart. Most generally, the heart refers to the inner man, and most importantly, a person’s everlasting state depends upon its condition.

Writing in a style more practical than sliced bread, Flavel exhorts Christians to give their hearts upmost attention. Be diligent in heart-work, he says, which eventually translates into two things: 1) preserve the soul from sin; and 2) maintain sweet communion with God (18). Said another way, repent and believe; or mortify and vivify; or put off and put on. This work is “one great business of a Christian’s life.”

The Hour of Temptation

After stating his case and laying a strong foundation, Flavel rolls up his sleeves to describe specific seasons in life that require our upmost care in this keeping labour. The ninth “season” is the hour of temptation, and this is where it gets wild.

How does Flavel urge Christians to stay Christian in the midst of temptation?

His advice begins with our understanding the nature of sin. He writes, “Satan suggests that there is pleasure to be enjoyed; the temptation is presented with a smiling aspect and an enticing voice” (89). Flavel goes on to mimic this enticing voice that rebukes the Christian for being so dull. Temptation is full of name-calling, you know. Oh come on! You’re not like that, are you? Are you so boring that you can’t have a little fun? And a thousand other lies.

But why should the pretended pleasure of sin allure you, when you know that unspeakably more real pleasure will arise from the mortification than can arise from the commission of sin? Will you prefer the gratification of some unhallowed passion, with the deadly poison which it will leave behind, to that sacred pleasure which arises from fearing and obeying God, complying with the dictates of conscience, and maintaining inward peace? (90)

There is a greater pleasure than the empty-promise of sin. It is “that sacred pleasure,” as Flavel calls it. It is the life of fearing and obeying God, of believing the truth that God himself is enough, satisfying our deepest desires. And the only way, John Piper explains, to defeat the power of sin’s promise is with the power of this superior promise. The crux of temptation, then, is the object of our faith: Do we trust in the lies of sin? Or in the sufficiency of Jesus? This is the fight of faith, as John Piper writes,

Faith is not content with “fleeting pleasures” [see Hebrews 11:24–26]. It is ravenous for joy. And the Word of God says, “In your presence there is fullness of joy; at your right hand are pleasures forevermore” (Psalm 16:11). So faith will not be sidetracked into sin. It will not give up so easily in its quest for maximum joy. . . .

Keeping our hearts means giving ourselves over and over again to “that sacred pleasure.” It’s when, in that moment of temptation, real joy comes to the rescue.