By Mark Galli, for Christianity Today:

An increasingly popular view of the atonement forces the question: What are we saved from? 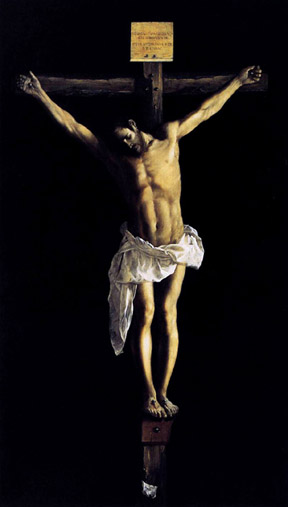 Universalism is not the only topic in Rob Bell’s Love Wins that deserves comment, though given the buzz, you’d think that’s all he discusses. Among other things, the book also attacks “toxic” forms of substitutionary atonement, and advocates the use of a plurality of atonement theories. In this, Mr. Bell is repeating decades-old arguments in our movement, arguments that seem to be winning the day. One atonement theory in particular has exploded in popularity, in fact. Hardly an atonement discussion goes by that I don’t hear an evangelical say they doubt the usefulness of substitutionary atonement and now favor Christus Victor.

The Christus Victor model has much to commend it. The idea is this: Christ is victor. Christ in his death and resurrection overcame over the hostile powers that hold humanity in subjection, those powers variously understood as the devil, sin, the law, and death. While the model assumes humanity’s guilt for getting ourselves into this predicament—beginning with the original sin of Adam and Eve—the theory’s anthropology (view of humanity) emphasizes not our guilt but our victimhood, at least the way it is often discussed today. The main human problem is that we are trapped and we need to be rescued: “Since therefore the children share in flesh and blood, he himself likewise partook of the same things, that through death he might destroy the one who has the power of death, that is, the devil, and deliver all those who through fear of death were subject to lifelong slavery” (Heb. 2:14-15) .

Indeed, we are enslaved to powers beyond our control, both personally and corporately. This model also highlights big picture atonement: Christ’s death isn’t merely about me and my salvation. It’s about the redemption of the cosmos: “He disarmed the rulers and authorities and put them to open shame, by triumphing over them in him” (Col. 2:15).

On the other hand, “neurotic substitutionary atonement” needs to be abandoned. The picture of a wrathful Father having his anger appeased by the death of his Son is wrong on many fronts. Here’s one:  It separates the work of the Father from the Son, as if they have competing concerns—the Father with righteousness, the son with compassion. It sounds like the Son saves us from the Father! This is manifestly unbiblical, for Paul clearly says that “in Christ God was reconciling the world to himself” (2 Cor. 5:19). While we were sinners, God took action. God would not have come to us in Christ had he not already determined to reconcile with us. This is not the behavior of a God who stands aloof in a huff, waiting for propitiation before he’ll have anything to do with us.

With these clarifications, biblical substitutionary atonement in all its nuances (the Bible frames it in subtly different ways: as sacrifice, propitiation, and payment) remains the dominant metaphor for atonement in Scripture. When he wanted to demonstrate his love for us, God substituted himself for us on the cross. It is an especially fitting move, given who God is—both just and merciful: “[We] are justified by his grace as a gift, through the redemption that is in Christ Jesus, whom God put forward as a propitiation by his blood, to be received by faith. This was to show God’s righteousness, because in his divine forbearance he had passed over former sins. It was to show his righteousness at the present time, so that he might be just and the justifier of the one who has faith in Jesus” (Rom. 3:24-26).

Many interesting comparisons can be made between the two theories. Both actually include dimensions of personal guilt and victimhood, but as I listen to the discussion today, it seems that Christus Victor highlights our state as victims. Substitutionary atonement focuses on our guilt. In Christus Victor, we are liberated from hostile powers out there. In substitution, we are forgiven, and liberation is from ourselves and our addiction to our sin. Naturally, both models speak to truths of the human condition! And both have nuances worth exploring. But I’m concerned at the rising popularity of Christus Victor when it comes at the expense of substitution.

One thought on “The Problem with Christus Victor”