My thanks to Tim Challies for this: 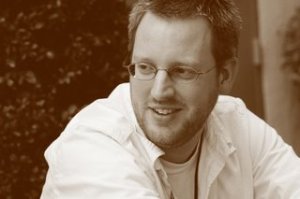 I don’t want to keep talking about Rob Bell. Honest. And in this post I am only going to touch on him on the way to something else. I think the uproar about his view on hell has helpfully illustrated what passes as virtue in the evangelical world today. As I have read some of the controversy, reading particularly from those who have taken his side, I have seen evidence of three characteristics that seem to pass as virtues today. In some parts of the Christian world, these are now embraced as Christian virtue: doubt, opaqueness, and an emphasis on asking rather than answering questions.

Doubt has become a virtue while boldness and assuredness have become marks of arrogance. The only thing we should be sure of is that we cannot be sure of much of anything. Doubt has become synonymous with humility. And so it was with the people who used to be known by that term emerging. This was a faith devoid of boldness, a faith that emphasized the unknowability of God at the expense of what we can know with confidence. The man who went on television and declared how little he knew in a quiet tone of voice was lauded over the man who spoke confidently of what God has made clear.

But here’s the thing: the Bible tells us that we can believe boldly, knowing what we know, believing and proclaiming what God says is true. Through the Holy Spirit, Jesus gives boldness to His people. It is not a rash and arrogant boldness that takes refuge in our own intellectual capacities, but a boldness that what God reveals of himself through Scripture is real and right and true and knowable. It is a confidence that we, simple human beings, can know and understand God. And what we know and understand we can proclaim. Humility is not found in doubting what is true, but in believing that what God says is true is true indeed. And it is found in proclaiming it on that basis. Humility is expressed in obedience.

Another new virtue is opaqueness, of speaking in ways that are deliberately vague and unclear. By hiding behind language like “we need to avoid those old paradigms” everything that has been settled is re-opened, everything is open for redefinition. Categories are avoided, even when such categories have proven helpful and long-standing. Speaking very clearly and frankly about what has gone wrong in the past is more than acceptable, but the way forward must be vague and obscure. Here is what Greg Boyd says about Rob Bell and his new book: “[G]iven Rob’s poetic/artistic/non-dogmatic style, Love Wins cannot be easily filed into pre-established theological categories (viz. ‘universalism’ vs ‘eternal conscious suffering’ vs. ‘annihilationism,’ etc.).” That is meant as praise. But it could just as easily be critique.

Opaqueness is not a virtue. Stirring people’s emotions and leading them to doubt without providing reassurance is cruel rather than kind. We are to speak clearly of what God has said and done. Where God has been clear we have the ability to be clear and, therefore, we have the responsibility.

Questions Are In, Answers Are Out

Asking questions is in, answering them in a clear and compelling way is out. Here is how Greg Boyd praises Bell in this regard: “Rob is first and foremost a poet/artist/dramatist who has a fantastic gift for communicating in ways that inspire creativity and provoke thought. Rob is far more comfortable (and far better at) questioning established beliefs and creatively hinting at possible answers than he is at constructing a logically rigorous case defending a definitive conclusion.” As just one example, the strength of the Emerging Church and its draw was far more in asking questions than in answering them. In fact, the New Calvinism and the Emerging Church arose by asking many of the same questions—questions that came out of the Church Growth Movement and the slow erosion of significant, weighty doctrine. Right teaching and right living were being replaced by mindless entertainment and those who became Emergent leaders asked many good questions. But their answers, when they were willing to give them, were lousy.

One might say that asking questions without the ability or willingness to answer them is dangerous, misleading, even irresponsible. Jesus loved to ask tough questions, undermining false faith. But he would always return with truth to shore up the cracked foundations. Many leaders today feel little need to do this. They are content to undermine, to cause doubt, without responding with clear truth. There is no virtue in this.

There are many lessons we can and will continue to draw from all the furor surrounding Love Wins. But these are three small lessons I don’t want to lose along the way.