This is a great piece from Phil Johnson: 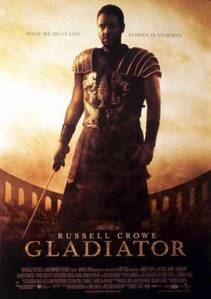 One of the recurring figures of masculinity that John Eldredge keeps bringing up in Wild at Heart is Maximus from the movie Gladiator. A fantasy character! The subtitle of the book is Discovering the Secret of a Man’s Soul. But here is the secret of a man’s soul according to John Eldredge: “Deep in his heart, every man longs for a battle to fight, an adventure to live, and a beauty to rescue.”

That’s a fairy-tale perspective. It’s an irresponsible little boy’s notion of manhood. It lacks any biblical foundation whatsoever. But Wild at Heart is the single most influential book on Christian manhood published by any evangelical publisher in the past three decades. That says something about the state of the church. Meanwhile one of the best books actually dealing with the subject biblically is The Mark of a Man: Following Christ’s Example of Masculinity—by Elizabeth Elliot.

Doesn’t it say something about the state of the evangelical movement when so many men are writing bad books on Christian manhood, and the one current book that comes to mind dealing with the subject soberly and biblically was written by a woman?

Incidentally, it needs to be said that the crisis in the church is not primarily the fault of women who have shifted the focus of the church away from men. It’s the fault of men who are too timid, to lazy, too fainthearted, too self-absorbed, too immature, too emotionally dysfunctional, too crude, too in love with fleshly values, or whatever. They have turned the church over to women.

That’s a serious problem, and it is by no means a new problem. The tendency for men to abdicate their spiritual duties to women began in the garden of Eden at the fall.

Here’s the thing: manliness is not about bravado, and it’s not about boyishness. Going out into the woods with a bunch of other men, putting on war paint, making animal noises, telling scary stories around a campfire, and then working up a good cry might be good, visceral fun and all, but that has nothing to do with the biblical idea of manliness.

Real manliness is defined by Christlike character, and not just the Gentle-Jesus-meek-and-mild-style character, but the full-orbed fruit of the Spirit rounded out with strength, courage, conviction, strong passions, manly love, and a stout-hearted willingness to oppose error and fight for the truth—even to the point of laying down your life for the truth if necessary.

Read it all here.