Our response to God in obedience is founded on, enabled by and persevered in, through our union with Christ. It is so important that we engage with the Bible’s imperatives in the full understanding of what is now true of the believer in Christ. My thanks to Todd Pruitt for this piece from Sinclair Ferguson, and likewise to Chad Bresson for his post on Elyse Fitzpatrick’s book ‘Because He Loves Me’.

Imperative – “Indicating authority or command; urgent, necessary” (Webster’s). An imperative is a statement of what one must do.

Indicative – “Designating that mood of a verb used to express an act” (Webster’s). An indicative explains what is true. It is not a command but expresses the rationale behind the command.
.

“The great gospel imperatives to holiness are ever rooted in indicatives of grace that are able to sustain the weight of those imperatives. The Apostles do not make the mistake that’s often made in Christian ministry. [For the Apostles] the indicatives are more powerful than the imperatives in gospel preaching. So often in our preaching our indicatives are not strong enough, great enough, holy enough, or gracious enough to sustain the power of the imperatives. And so our teaching on holiness becomes a whip or a rod to beat our people’s backs because we’ve looked at the New Testament and that’s all we ourselves have seen. We’ve seen our own failure and we’ve seen the imperatives to holiness and we’ve lost sight of the great indicatives of the gospel that sustain those imperatives. Woven into the warp and woof of the New Testament’s exposition of what it means for us to be holy is the great groundwork that the self-existent, thrice holy, triune God has — in Himself, by Himself and for Himself — committed Himself and all three Persons of His being to bringing about the holiness of His own people. This is the Father’s purpose, the Son’s purchase and the Spirit’s ministry.” – Sinclair Ferguson

On the other hand, the imperative comes to us in the form of a command or direction. In Ephesians 4:32, Paul gives us this command: “Be kind to one another, tenderhearted, forgiving one another.” The New Testament is filled with the imperative: we’re commanded to live changed lives. 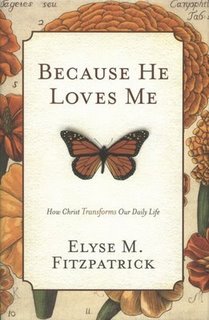 The beautiful balance between the indicative (who you are in Christ) and the imperative (who you’re becoming in Christ) is perfectly demonstrated in the verse we’ve been considering. The entire verse reads, “Be kind to one another, tenderhearted, forgiving one another, as God in Christ forgave you.” Can you see how the imperative, “Be kind, tenderhearted and forgiving,” is firmly anchored in the indicative, “you’re forgiven in Christ”? This verse demonstrates a beautiful synergy that not only tells us what to do, but also plants within our souls the only motive that will empower God-pleasing compliance: what God has already done. We’ve already been forgiven in Christ. So many of us cavalierly gloss over what he has done and zero in on what we’re to do, and that shift, though it might seem slight, makes all the difference in the world. Our obedience has its origin in God’s prior action, and forgetting that truth results in self-righteousness, pride, and despair.

Through the use of this indicative/imperative paradigm, I trust that the relationship between who you already are and how he has called you to live has become clearer to you and that it will be a tool you’ll be able to use as you study Scripture in the future.” — Elyse Fitzpatrick, “Because He Loves Me”, pp. 110-111

6 thoughts on “Become Who You Are: Indicatives & Imperatives of the Gospel”